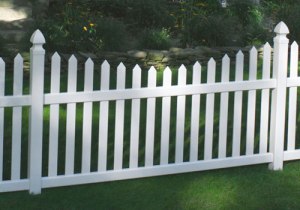 Pokemon Go has raced around the globe since it was launched in July. My daughter tells me, not only is it a great way to get exercise, it’s also a way to meet people who are visiting the same Pokemon Go hot spots. Churches, parks, monuments, gyms, Senior centers, overlooks, beaches, museums, national memorials are all places’ one can find a Pokemon character. But, like all good things, there are limits to be learned. Preoccupied players have crossed barriers they ought not to have crossed. Some have walked into police cars, fallen off cliffs, wandered into ponds, irritated Veterans at memorial parks and forgotten to be attentive to sacred space.

Boundaries exist for a reason. Boundaries define what is ours and what is someone else’s. The Bible warns, “Do not move the ancient boundary stone.” (Proverbs 22:28NIV) Boundary lines keep peace between nations and neighbors. Boundaries in relationships create space which is essential to healthy relationships. We may not name them as such, but we know when a boundary has been crossed.

I grew up on a small fishing resort in Southern Minnesota which included cabins, boats, and a restaurant. The restaurant was a gathering place for the neighborhood. Our business was only a few years old as I grew up, started shortly after my birth. From the beginning, even as a small child, I learned from my dad that when it came to boundaries, “The customer is always right.” While I loved my father that was not a good means to learn about healthy boundaries. The way that played out in my childhood was a boy named Gary. Gary would come out each Sunday afternoon with his grandpa. His grandpa would be playing cards in the restaurant area and Gary would be back in our living quarters playing with us. I use that term loosely. What Gary would really do, is dig into the toy chest and pull out every toy, spreading small toys over the entire house. Inevitably, he would head home and we were left with the mess. We groaned whenever we saw him walk through the door. Not only did he make a mess, he was also a bully. If we complained to my mom and dad about Gary, we would be reminded that Gary and his grandpa were customers. There appeared no boundary Gary could not cross. My parents never set limits on his behavior. Nor did his grandfather. One Sunday Gary started a fight with my brother. When the fight was over, Gary had broken my brother’s collar bone. I remember my brother in pain, nursing his shoulder, and my upset parents as they headed off to get medical care. I don’t know what was said, between my parents and Gary’s Grandpa. Some new limit was made. A boundary was set. His grandpa continued to come out every Sunday afternoon, but Gary was rarely seen after that

There is a place and a time to set limits on what we will allow. The apostle Paul, writing to the people in the area of Ephesus, used the term “Speak the truth in love.” (Ephesians 4:15) He knew that no one can live in community, without speaking truth, setting boundaries and respecting the physical and emotional space of another.

To Love is to be Vulnerable

My parents eloped,  keeping  their marriage secret for almost year. The story, as I heard it, started after a broken engagement. My mother returned every gift my dad had ever given her. My dad, feeling the sting of the breakup, signed up for the army and was gone. Within three months the two had worked […]

Health care workers are exhausted from the weight they have carried these past two years. Many are searching for work in non-hospital settings, weary with the never-ending flow of critically ill patients . . . Frustrated with the thousands who could have prevented serious illness, by simply being vaccinated. Vaccine wars have contributed to the […]

The Joy of New Beginnings

For most of my life, I have looked upon a year’s closing as an opportunity to reflect upon the good and the bad, successes and failures of that year. One year especially stands as one of those moments of self-examination, a year when my life came crashing down upon me. I wondered at that time, […]

Pondering the Mystery of Jesus

The first Christmas was far from ideal. Whatever Mary thought when she first became pregnant, it’s unlikely that a trip to Joseph’s ancestral home late in pregnancy, was in her plan. The decision by Caesar Augustus that everyone needed to be registered, so they could be appropriately taxed, would have cast a pall over the […]

God, Searching to Save

In 1984, The New York Times carried a story about a small plane with six people on a scientific expedition, studying an endangered species of whales in the Arctic Circle.    When they were seventeen miles from their base and flying at 1000 feet, both engines failed.  Death appeared imminent to  everyone on the plane. […]

One of my favorite Advent prayers was written by Ruth Duck. Among other places, it is found in the United Methodist Book of Worship.  Something about it’s haunting, yet hopeful quality speaks to me.   “And I will save the lame    and gather the outcast,and I will change their shame into praise    and renown in all the […]