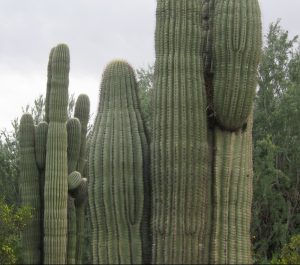 The trouble with Jesus is that he says stuff that is inconvenient to our way of thinking and being. It was something so simple really. An email with an appeal to help persecuted Christians. Normally, my mind would leap to Afghanistan, Pakistan, Iraq or some other area of the world where Christians live in danger because of their faith.

Instead images of Christians fleeing violence looking for asylum on our Southern border filled my thoughts . . . People who are persecuted in the nations of their birth. The same people now being persecuted by our nation, as one law after another which would provide sanctuary and refuge is broken, ignored or refuted. Here are some of God’s precious children trying to find a safe place for themselves and their children. Instead they are being treated like invaders instead of refugees.

Two of the questions that people who become members of churches in my denomination are asked include:

“Do you renounce the spiritual forces of wickedness, reject the evil powers of this world, and repent of your sin?”

“Do you accept the freedom and power God gives you to resist evil, injustice, and oppression in whatever forms they present themselves?”

As I think about those questions, I think of the wickedness currently sanctioned by the Trump administration. I see evil, injustice and oppression happening in my name. I don’t know how to respond to the border issue, other than to protest that there is something seriously wrong with a society that justifies tear-gassing little children. I think of Jesus who said, that unless we become like children we will never enter the Kingdom of Heaven, then added, just in case we missed the point, “If any of you put a stumbling block before one of these little ones who believe in me, it would be better for you if a great millstone were fastened around your neck and you were drowned in the depth of the sea.” (Matthew 18:6)

The motives that cause a person to head north to the United States are complex. Being reunited with family, looking for a better life, fleeing from violence or young people trying to avoid the gangs they would be forced into if they don’t leave. The flow of people heading here will not end until the countries they are living in have healthy economies and can provide security for their people. A better use of our energy and resources would be to invest in creating safe environments and economic opportunity in the countries people are fleeing from . . . While we also tend to the needs of those, who seek our help.

Meanwhile, people gather at the border. They too are persecuted Christians. The question is, do we care enough to help, or will we completely shut our doors?

The Power of a Movement

I once heard Jim Wallis, author and leader of the Sojourner’s community, make the comment that social change begins as a movement of the people. After years of living in Washington, he’d concluded that as much as we all think that Congress is the seat of power, the real power to change any situation rests […]

Everyone loved Gen. There was no shortage of volunteers ready to leap at the opportunity to drop something off, to make a call or to check-in with her. I knew her first as one of those gracious women who welcome the new pastor into a community. Still active, she was busy volunteering, checking in with […]

Tracy was a psychic. She was a member of a church I once served. It wasn’t that she had some extraordinary gift where she could see into the future. She had simply responded to a “help wanted” ad one day and got a job on a physic hotline. People would call and as she talked […]

I have always liked preaching on Pentecost. That day when the wind of God’s spirit blew life into God’s people. The arrival of Pentecost this year has been eerily  different. Living near the epicenter of violence surrounding George Floyd’s death by police,  cast a pall of emotions over every aspect of life. My Facebook pages […]

Some days you just have to cry out in pain. This week has been filled with those moments as we passed 100,000 Covid19 related deaths. The New York Times listing of just 1000 names was numbing to the mind and the heart. One hundred thousand lives lost and counting. Covid19 is far from over as […]

Seeing Outside the Frame

I have been attending the virtual Festival of Homiletics this week, which has been a gift in these pandemic times. As Covid19 has swept around the world, most speakers have spent time talking about how it has impacted us. Some are reminding us that God is always here, always present even when we aren’t so […]