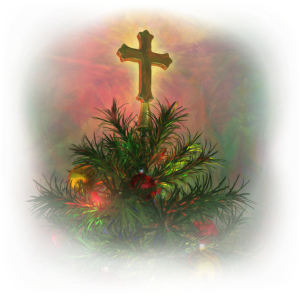 “He shall judge between many peoples,
and shall arbitrate between strong nations far away;
they shall beat their swords into plowshares,
and their spears into pruning hooks;
nation shall not lift up sword against nation,
neither shall they learn war any more” Micah 4:3

God gives us a vision so we will work for it . . . A vision that encourages us to work for peace and not for war. It is the vision in the Christmas song which Noel Regney and Gloria Shayne captures in the music “Do you hear what I hear”

Prayer: God of peace, your vision seems so far from us. Pictures of war fill our screens. Obstacles to peace appear insurmountable. We fear a nuclear disaster. We ache for the wounded soldier. We cry for the lost children. Our hearts bleed for lost lives. May we begin to look at your words of hope, not only as a dream, but your dream for all of us to live into. Amen.

Walking on the Sunny Side

For a number of years, I served a church in Winona MN, named after one of their first pastors, Dr. William McKinley. The church still had a handful of people who remembered stories parents had told them about him.   He was so beloved by that earlier generation, the congregation had changed the name of […]

Martin Luther King Jr, responding  to a question about,  “What love is,”  wrote: “Love is the greatest force in the universe. It is the heartbeat of the moral cosmos. (The one) who loves is a participant in the being of God.” (From a handwritten note, which was put on auction in 2020.) What made MLK […]

Becoming an Agent of Change

George served on the mission team in the church I belonged to before I became a pastor. Deeply concerned about world hunger, George wanted to do something that would help people get out of that entrenched poverty which leads to malnutrition.  Having studied the issue for years, he decided to become an agent for change.  […]

One Born to Be Light

I find great comfort in the Gospel writer’s words, “The light shines in the darkness and the darkness has not overcome it.” (John 1:5) These words broke through the darkness which filled my days. A time consumed by the world’s harshness, when  I wondered if light would ever return. They came as a promise that […]

Be Kind to Yourself In the New Year

A friend posted this  piece on Facebook a few days ago. The poem’s wisdom resonated with me, after these long years of national division and world wide pandemic, reminding me there is a time to rest, to pull back and to be kind to ourselves. *Donna Ashworth asks:  “Why do we start a new year, […]

We come to the eve of 2023 having lived through three years of pandemic, political and racial upheaval. We’ve learned painfully, that some who we trusted were not deserving of our trust. We’ve discovered both the fragility of democracy and its resilience. We are a different people than we were three years ago. Wiser, less […]

“When Herod saw that he had been tricked by the magi, he was infuriated, and he sent and killed all the children in and around Bethlehem who were two years old or under, according to the time that he had learned from the magi. Then what had been spoken through the prophet Jeremiah was fulfilled: “A […]