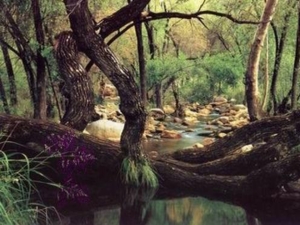 Just like there are no perfect people, there are no perfect families.  Even the best of families have their moments of insensitivity,  missed cues,  self-absorption and blind spots.    Each of us, goes through this life making mistakes, wishing we could change things in our past, feeling regret for words said or not said. At times we are wrong. We do and say what we will later wish we had not. Disagreements flare up.  People who should know better hurt us. What we do with those moments of hurting and of being hurt can shape the rest of our lives. Our response can turn a life around, or bury one in resentment.

One of the saddest stories I hear as a pastor, are stories of adult siblings who simply do not and will not try to get along with each other. In one of the first churches I served there was a woman in her mid seventies who continued to hang on to a grudge against a brother that started when they were teens. Worst of all, her anger was based on a simple misunderstanding. Her children and her other siblings begged her to see her brother. The brother so wanted to make peace with his sister. No appeal could reach her stubborn heart. Her grudge and the anger she carried had become a way of life.

In another church there was a man who refused to see his very ill mother, not because he was mad at her . . . No, that wasn’t the problem. He was angry at his brother. Harsh words had been spoken by both. After the argument, he had decided he would stay away from his family. When his mother because seriously ill, he refused to visit her, lest his brother be there.  I spent forty-five minutes one day  pleading with him  to visit his mom, who had only been given days to live.   Still her son refused.  But, sometimes God gives us the gift of extra time. His mother rallied. Then three months later, she was once again near death. I never knew just how God got through to her son. A  couple of days before his mother died, he came to see her that one last time.   Still simmering with anger towards his brother though, he would not attend his mother’s funeral.

One of the joys in my life is to have siblings who know and understand my growing up years. Shared memories bring peals of laughter and nods of understanding as a story begins. I think siblings are the only people who can fully appreciate your childhood. The know both the gifts and the flaws of your parents. There is a shared memory of what it was like to live in a particular family in  a specific time of  life. I know families that are terribly dysfunctional with a legacy of trauma, abuse and heartache.  It can be necessary to leave the family of origin behind for one’s emotional health. But, the families I’ve mentioned here were not ripped apart by addiction or dysfunction. They were just ordinary people who made a couple of mistakes.

For most of us, the arguments would have been over in a few days or we would have found a way to get around the disagreements. Someone would have apologized,  or made a phone call to break the ice.  But for others . . . Well grudges can lodge in the hearts of some very good people. This is what makes me the most sad. I see families where siblings are upset with  other siblings. Grudges are hung on to. Experiences which ought to have been left behind, forgiven or resolved years before have been carried into the present. I think of the joy that is being missed.  The shared journey which is unique to ones sibling. I listen to those who have never had a brother or a sister and how they envy those of us who do.  I think of how the person carrying a grudge is hurting themselves, denying themselves companionship, friendship and the joy of shared memories.

What I hope and pray for my children is that they always have each other and that they are wise enough to let go of the inconsequential to hang on to the precious  in their relationships with one another.  The psalmist says, “ How very good and pleasant it is when kindred live together in unity! It is like the precious oil on the head . . . It is like the dew of Hermon, which falls on the mountains of Zion. For there the Lord ordained his blessing, life for evermore.” Psalm 133:1-2a & 3

Who is God to You?

God said to Moses, “I am who I am.” Exodus 3:14 A few years back I started making a list  of the ways that I experience God.    It is an inadequate list, and sometimes lacking in clarity.  I’m not always certain what I  was thinking, and reflecting on as I wrote the description down. […]

I wish I could say that my seven children always got along with each other in their growing up years. But, that would not explain a set of rules I came across years after they left home, which read in part: “No tickling, poking, picking on, blowing at, pinching, biting, spitting, pulling hair or […]

One day I was running an errand when, to my surprise and delight, I saw an eagle flying low, circling overhead. It was an awesome sight to see that eagle’s spread-out wings. I would have missed it, if it hadn’t been for a couple out walking, who paused to look overhead. I stopped to see […]

Telling Our Stories of God’s Love

“Whether it is right in God’s sight to listen to you rather than to God, you must judge; for we cannot keep from speaking about what we have seen and heard.” Acts 4:19-20 I simply could not stop talking about it. Anyone and everyone I came in contact with, would hear a version of my […]

The past week the people in my community have been consumed by a combination of Derek Chauvin’s trial for the death of George Floyd, along with the death of Daunte Wright at a traffic stop, just  days ago.  People have flown in to testify at the trial. Others have come to participate at nightly protests […]

A few years ago, my family gave me a Garmin GPS for my car. I wish I could say that my GPS was without flaw. Once in Nashville TN, instead of taking me to the Botanical Garden, it took me far into the countryside miles away from my destination. I think my Garmin was downright […]

Weighing the Scales of Justice

We’ve been listening to days of  emotional testimony in the case against Derek Chauvin, the police officer charged with  George Floyd’s death.  Last week, there was excruciating detail  from Dr. Martin Tobin, a pulmonary specialist.   He took people through different videos, pointing out all the ways that George Floyd was dying and trying so hard […]