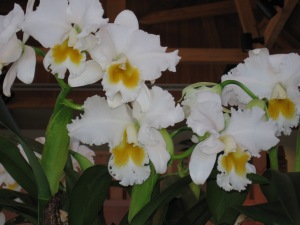 One night  I was behind a driver who lost control of his car going north on Hwy. 100 through the western suburbs of Minneapolis. I watched as the car swerved across three lanes, hit a guardrail and smashed. Pulling over to the side of the road, I called 911. I was just beginning to explain that the car had spun out of control when the operator transferred my call to the Highway Patrol. Two rounds of busy signals later, the 911 operator cut in to tell me I’d have to call again. Which is just about the time, the driver of that car pulled up behind me, then with  cell phone in hand,  knocked on my window.   Shouting, “I’m all right, you don’t have to call. I’m going to call the police. You don’t have to.” Again he said, “See, I’m all right. I have my cell phone. I’m going to call the police, you don’t have to.” Once more, he pointed to his cell phone saying, “See my phone, I’m going to call the police.”  What was most obvious to me is that he clearly did not want me to make a  call.

Had he been drinking? Too many accidents? Didn’t want to hassle with the police? Trying to keep his insurance costs down? In a hurry to get some place? I don’t know. For whatever reason, he had just lucked out. There would be no record of the accident. Nothing to be ticketed for, nor increased insurance costs. Grace had landed at his doorstep . . . Undeserved, unmerited and most definitely unearned.

Easter is God’s response to our sin, our waywardness, our turning away. It comes to us undeserved, unearned and unmerited. In Easter, God said to a sin-stained world, “I love you in spite of. . .  in spite of your sin. I love you . . .  in spite of your crucifying my son. I love you . . . in spite of all the times you’ve turned from me. I love you and want to make a place for you in eternity.” In Easter, God didn’t just forgive our sin, but gave us a savior to journey with us. God offered us, not only life eternal, but life in today. God’s gift of resurrection living, is promised  whenever we hit bumps along our pathway. When our hearts are broken, we’re gasping for air, drowning in failure, doomed by our own mistakes, struggling to make a way . . . it is just then that God breaks in, surprising us with grace and  blessing us with new life.

If today you are feeling discouraged, overwhelmed with problems, feeling you have no value or worth – Know that you have a savior just a prayer away. This is the promise of Easter. You have a savior wanting to walk with you into the new life that God has planned for you.  You have a God who loves you and names you as a beloved and precious child.

So if anyone is in Christ, there is a new creation: everything old has passed away; see, everything has become new!   II Corinthians 5:17

I have always liked preaching on Pentecost. That day when the wind of God’s spirit blew life into God’s people. The arrival of Pentecost this year has been eerily  different. Living near the epicenter of violence surrounding George Floyd’s death by police,  cast a pall of emotions over every aspect of life. My Facebook pages […]

Some days you just have to cry out in pain. This week has been filled with those moments as we passed 100,000 Covid19 related deaths. The New York Times listing of just 1000 names was numbing to the mind and the heart. One hundred thousand lives lost and counting. Covid19 is far from over as […]

Seeing Outside the Frame

I have been attending the virtual Festival of Homiletics this week, which has been a gift in these pandemic times. As Covid19 has swept around the world, most speakers have spent time talking about how it has impacted us. Some are reminding us that God is always here, always present even when we aren’t so […]

Corrine lived next door to a small church I served in rural Minnesota. We knew her as a person  who pitched in and helped out where needed. It was easy to depend on her for many things. In fact, we depended on her for more than we even realized. One day Corrine got sick and  […]

Susanna Wesley was a remarkable woman, the twenty-fifth and youngest child of Dr.Samuel Annesley and his second wife,   Mary White.  In an era when education was not considered important for girls, Susanna was schooled in Greek, Latin, French, Logic and Metaphysics.  She was educated, wise, and a deeply spiritual person. After her marriage to […]

I’m always reminded that the route to the Promised Land led through wilderness territory. The journey begins when Moses encounters  God in a burning bush and is told, “I have seen the affliction of my people who are in Egypt, and have heard their cry because of their taskmasters; I know their sufferings, and I […]

The Hand of Jesus Holding Us Up

The image first came to me in a guided meditation when I was in seminary. During the meditation we were asked to visualize where we were with Jesus. An image immediately popped into my mind. I was back at the lake I grew up on, standing on the water.   Jesus was holding my hand, keeping […]