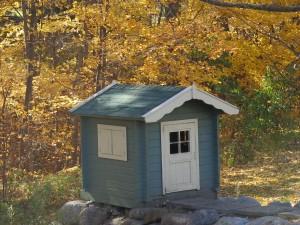 Betty had once owned a home, but now she was homeless. When a small fire damaged her home, a devious contractor swindled her out of her house. At first she found shelter at The Catholic Worker House where guests were allowed to stay for thirty days. Most often, the staff was able to connect a person to social services and get appropriate housing. Fortunately, there was not a long wait list for low income senior housing in that community. Yet, Betty couldn’t get in.

So, Betty roamed the small city. On Sunday’s she would come to church with layers of clothing, changing in the restroom. It was obvious that something was seriously wrong.  She was a proud woman, and wasn’t ready to admit that she was homeless. Whenever I asked where she was living, she would tell me the name of a friend she had stayed with the previous week.  I heard tales that Betty was rousted from a local discount store on more than one occasion, after being found asleep in the restroom. Minnesota winters are not made for the homeless, even more so for a senior citizen.

Increasingly, people in my congregation were concerned, as they realized Betty was in trouble. I don’t remember if I made the call to the Catholic Worker House or Mary contacted me. She filled me in on the missing pieces of Betty’s current situation. Word was out that she had started a fire in her house. Somehow, that one small accident had labeled her as a problem and a person who could not be trusted. Every time her name came up for housing, people in charge were skipping over her.  It was Mary who told me I could report Betty as a vulnerable adult in need of help, which she was already doing. We hoped, with both of us calling, we could push the county into getting Betty  the housing she needed.    Afterwards, whenever anyone asked about Betty, I would suggest they make a call to social services.

Maybe, social services just got tired of all the calls about Betty, her need of help and housing. Several weeks later, she got word an apartment was available. One that she should have been given months earlier.

Jesus told a story about a widow and an unjust judge. In the story the widow goes to a judge who “neither feared God or cared about people.” He ignored her, in her poverty. But the widow was persistent, continuing to go back to the judge and plead her case, until he simply gave her the righteous judgement she deserved, to get rid of her.

Jesus, as he tells the story, praises her persistence, then comparing God who loves us to the judge said, “Won’t God protect his chosen ones who pray to him day and night? Won’t God be concerned for them? God will surely hurry and help them.” Luke 18:6-8a CEV

Sometimes, we are the persistent one praying for our needs. Like Betty, we may be unaware of the concern and care of others working on our behalf. Like her, we may not know what God is doing, while we wait for answers. But, I am convinced that even and especially in those moments we are most discouraged, God hears our cries

God’s answers may not be at all what we are praying for. Instead they may come in the love and support of friends, compassion of strangers, advocates we know nothing of, or a new direction to follow.  They may come as we rest in the Holy presence of God.

We are  a grievance driven society.  Is it social media memes or a basic disillusionment with where we are in life that fosters it all? Maybe it’s the pandemic, or the constant barrage of talk shows? Be it masks, vaccines, governors, or school boards, our grievances are spread and re-spread.  Social media has offered us […]

Hanging on to Hope

Good news has been in short supply these last weeks. Coivd is playing havoc in the nation with overcrowded hospitals and overwhelmed medical personnel . . .  burned out by too many surges, and the indifference of people who don’t seem to care. Refugees, searching for safe places to stay and live are turned away.  […]

Last week, the Amtrak Empire Builder heading from Chicago to Seattle derailed in Montana. Tragically, killing three people while others were injured. Residents of that small Montana community responded immediately. People with emergency titles behind their names and those who didn’t . . . all scrambled to get people to safety and the injured to […]

Jennie Butchart had a dream. Confronted with a limestone quarry in her backyard, she visualized that same empty space filled with flowers, ponds and trees. I don’t know if my imagination would have seen the possibilities in that barren space. I suspect I would have looked at that hole in the ground and built a […]

The Gift of Persistence

Betty had once owned a home, but now she was homeless. When a small fire damaged her home, a devious contractor swindled her out of her house. At first she found shelter at The Catholic Worker House where guests were allowed to stay for thirty days. Most often, the staff was able to connect a […]

The Great Storm of the Lord

Late one July afternoon,  a stranger stepped into  my office.  I was serving a church, nestled in a community along the Mississippi River, in South East Minnesota at the time. The first thing I noticed about him was his walking stick, a rather crooked looking stick, with a small handle on it. He was asking […]

Memories of September 11, 2001 continue to haunt us, with searing images of planes smashing into the Twin Towers and the Pentagon. We recall the horror as the towers crumpled into ashes, fire and rubble. We knew in that instant thousands of lives had been lost. Anguished images of people running, covered in ash, filled […]